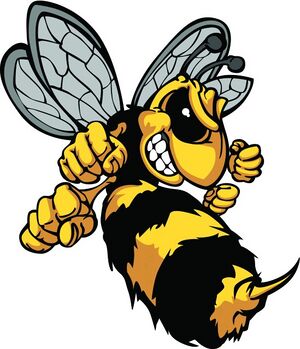 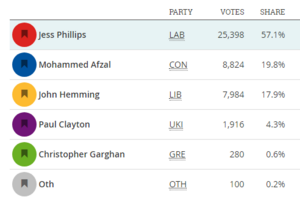 But that was very much an occasion for kicking Theresa May’s backside because many suspected she was a closet Remainer, and her talk of a One Nation Tory Party didn’t go down well in what is a fairly deprived area.

Therefore, the SAM formula in Birmingham Yardley is:

Punish the Conservatives and Labour as a vote for Democratic values.

Vote Brexit Party for a genuinely Sovereign future for Britain.

Vote even if you didn’t in 2017, and vote Brexit if you still want to Leave.

Retrieved from "https://wikitacticalvoting.miraheze.org/w/index.php?title=Birmingham,_Yardley&oldid=439"
Cookies help us deliver our services. By using our services, you agree to our use of cookies.