Caroline Lucas is the only green party MP. Much of the Green parties electoral focus has been built around a Cult of personality with Ms Lucas as its Deity. Under Natalie Bennet, the Greens produced their 2015 Manifesto which had several radical and eye-catching policies including an In out referendum for UK membership of the EU with a policy for remain and reform. But also Policy EC661 a monetary reform policy which brought money creation back into the commons. Both policies were ditched in the 2017 snap election and the Green Party in Lucas's joint leadership with Bartley and then under the joint leadership of Bartley and Berry has seen the Greens more and more in the orbit of the Lib Dems and Lord Oakshott who has paid a large sum of money into the Greens via Lucas as evidenced by her register of members interests. https://www.theyworkforyou.com/mp/24910/caroline_lucas/brighton,_pavilion#register Parliamentary House of Commons, London, SW1A 0AA https://www.parliament.uk/biographies/commons/caroline-lucas/3930 Tel: 020 7219 7025

Here is Lucas's speech to the House of Commons on the General Election bill 2019. 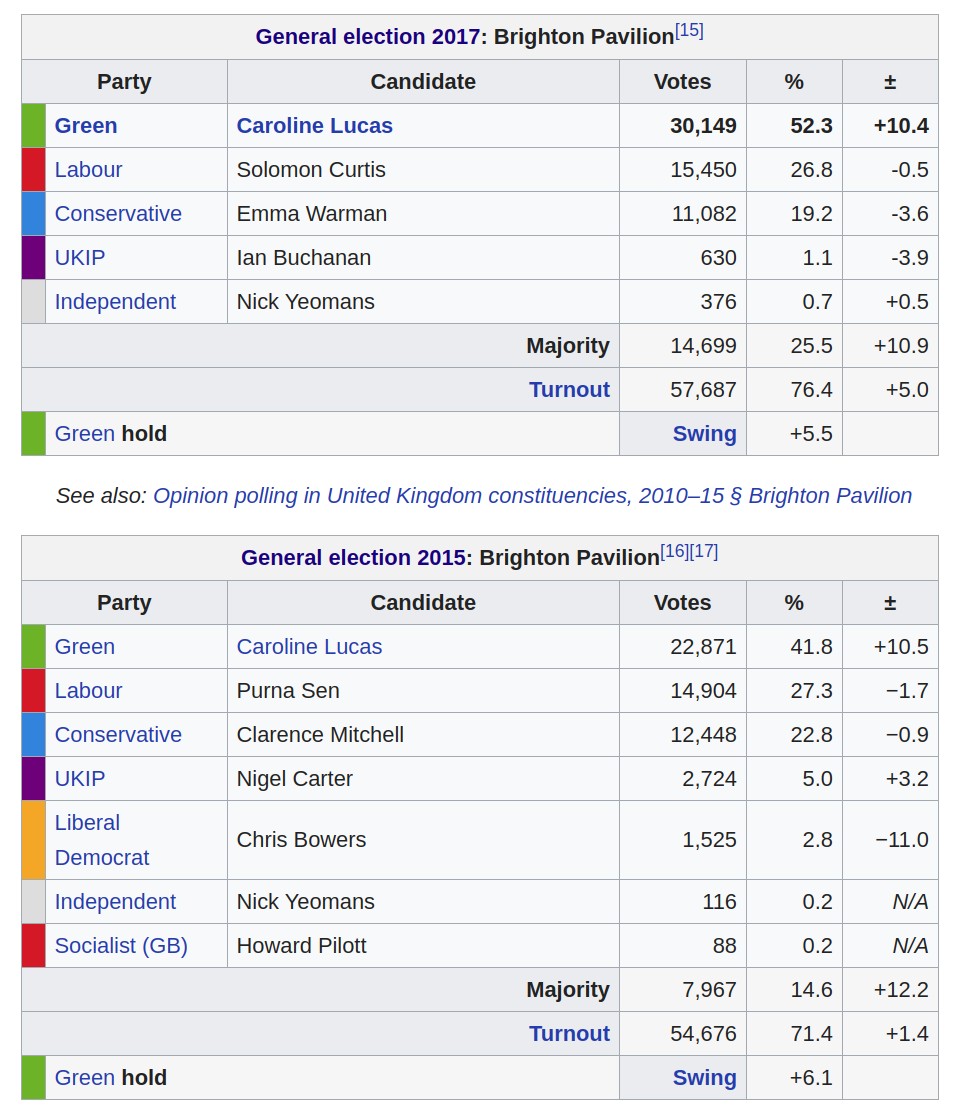 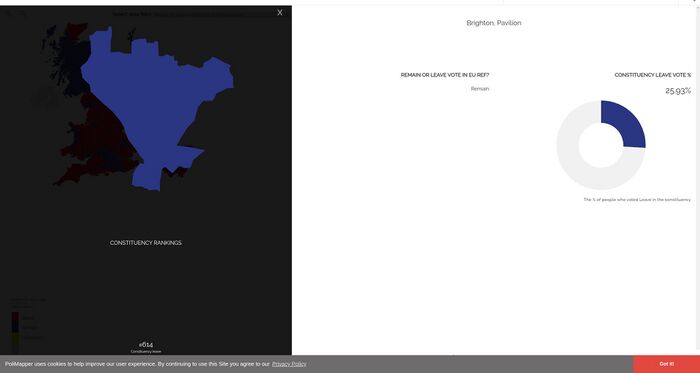 I am indebted to Caroline Lucas MP, newly elected co-leader of the Green Party of England and Wales for making the connection between Turnouts and Mandates, with this speech to the Debate on The so-called Neverendum Petition.

Retrieved from "https://wikitacticalvoting.miraheze.org/w/index.php?title=Brighton_Pavillion&oldid=899"
Cookies help us deliver our services. By using our services, you agree to our use of cookies.