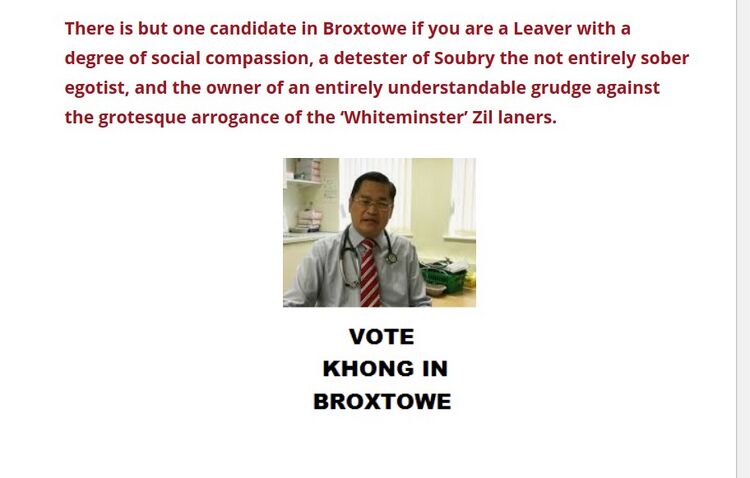 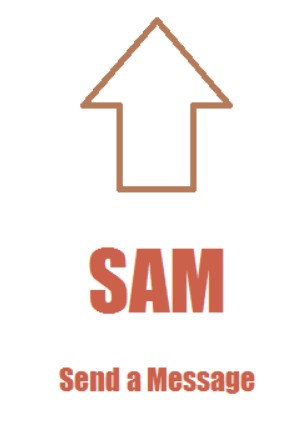 In theory, this is an Everest for Dr Khong to climb. But there is real potential in the seat.

First, the LiDems have withdrawn to give Soubry a free run at it, and UKIP aren’t standing. So Teck will be the only solid-gold Brexiteer: his own man, with no hidden billionaires behind him: just a reputation as a GP servicing the bottom 10% of society in his practice.

He therefore has the credentials to attract Labour Brexiteers and former Kippers.

Second, in the 2016 Referendum, around 23,000 citizens of Broxtowe voted to Leave. Given Soubry’s unstinting efforts to thwart that majority, her vote will, almost inevitably, collapse: and the choice of an unknown lightweight Tory Remainer in the shape of Darren Henry will be seen by that majority as a slap in the face for the ordinary person.

Last but not least, the referendum turnout was low by national standards at 62%. This time – with the result on a knife-edge – we can expect perhaps even more than the 75% who voted in 2017 to turn up….and the vast majority of those people will be angry that the British Establishment expects them to compromise on either Party or national independence in order to cast a vote. 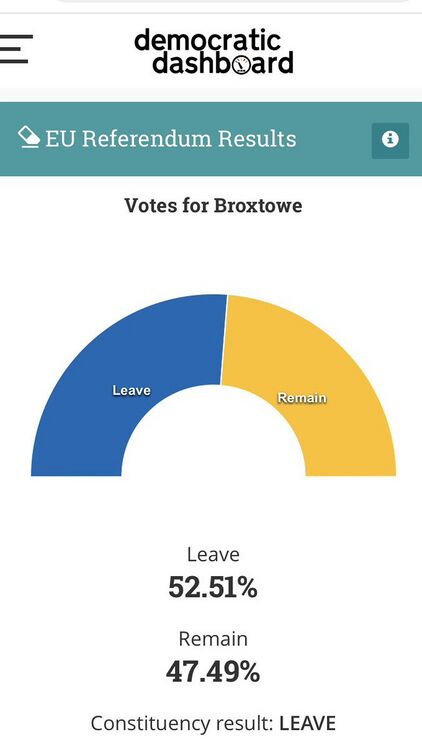 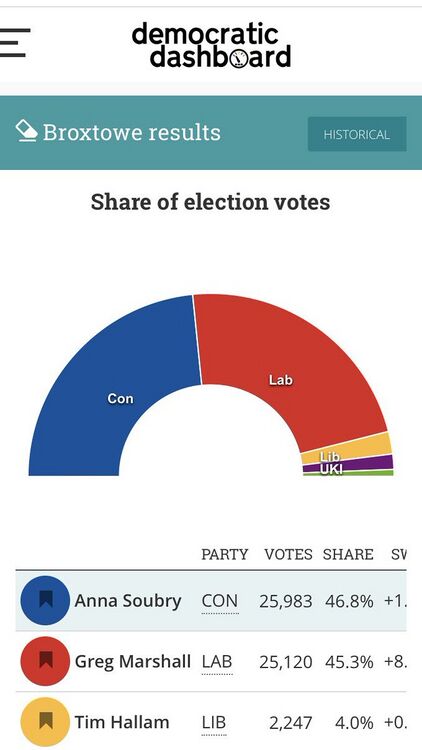 Retrieved from "https://wikitacticalvoting.miraheze.org/w/index.php?title=Broxtowe&oldid=940"
Cookies help us deliver our services. By using our services, you agree to our use of cookies.