Local elections in the United Kingdom are scheduled to be held on Thursday 2 May 2019, contesting 248 English local councils, six directly elected mayors in England, and all 11 local councils in Northern Ireland. A total of 8773 councillors are due to be elected. Additionally, there will be by-elections for 39 local authority seats,[1] taking the total number elected to 8812. 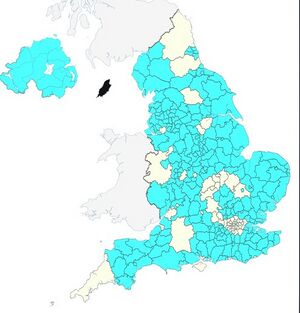 Retrieved from "https://wikitacticalvoting.miraheze.org/w/index.php?title=Local_Authority_Elections_2019_MAy_2&oldid=176"
Cookies help us deliver our services. By using our services, you agree to our use of cookies.